So it’s a good thing there wasn’t actually any news today. See these two red lights in my closet (figure 2)? 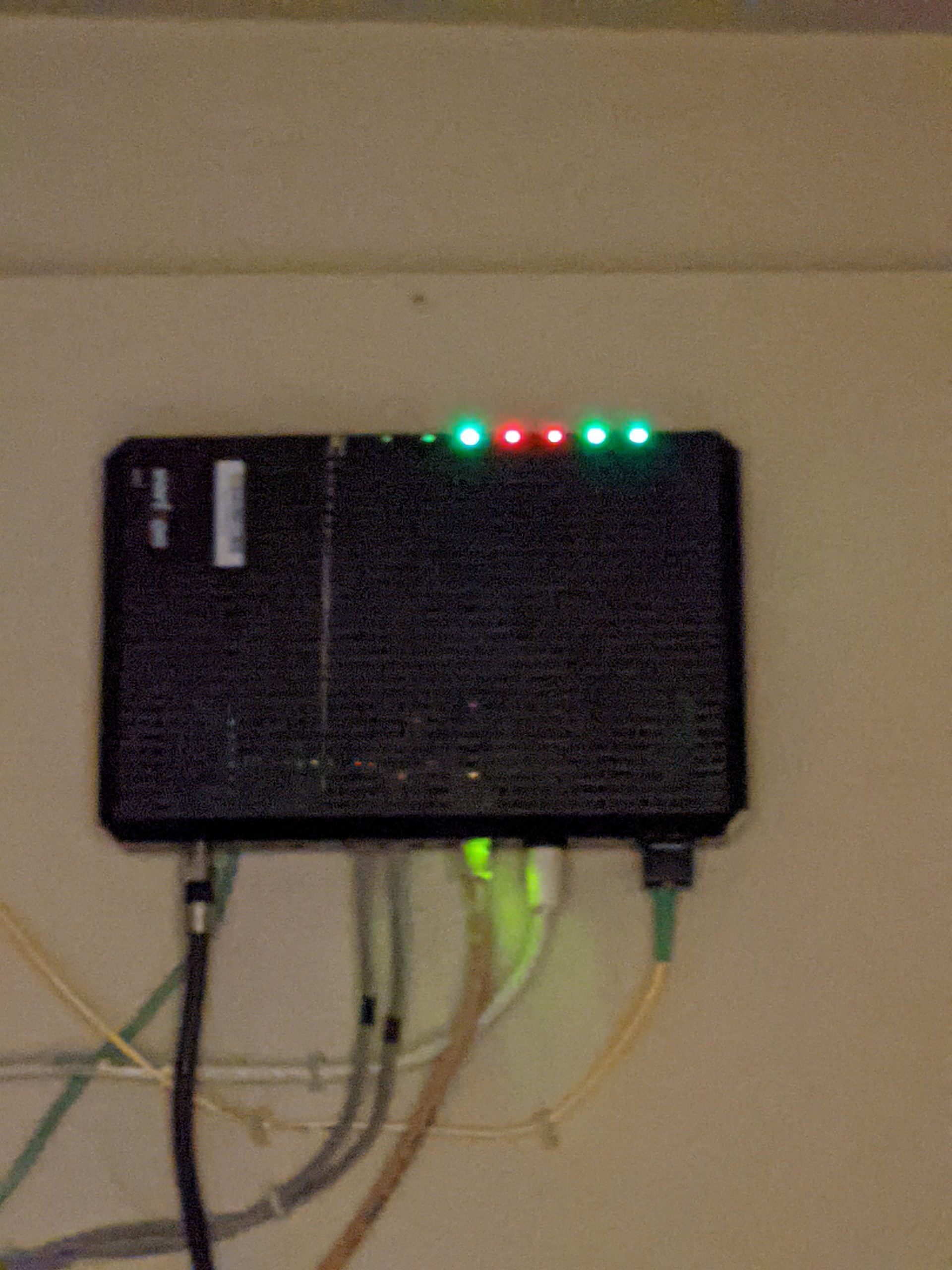 They’re supposed to be green and not just because it’s Saint Patrick’s Day. They aren’t. My home Internet is down.

I grabbed a MiFi unit from my car but, for some reason, my desktop system, a Mac, won’t really connect to it. It says it does, but it doesn’t.

So I’ve got my PixelBook out. It connects just fine. Which is good because me and my fat fingers just ain’t so hot on that phone.

Hopefully, the Verizon guy comes tomorrow. It appears the unit pictured in figure 1 has died.

Basically, Verizon FiOS has been pretty solid for the nearly two years I’ve been here. This is the first significant outage.

I also got my taxes sent off to be done and served as a participant in three research projects.