One of the mysteries I’ve encountered since arriving in Pittsburgh has been about alleged fracking jobs. I see political campaign postcards that claim the Democrats want to eliminate all these jobs. Pennsylvania Lieutenant Governor John Fetterman, a Democrat running for the U.S. Senate, says, “We can’t just throw [out] all of these union jobs and all these workers’ jobs and say, ‘Well, just go learn to code and maybe you can get on at Google or someplace.’”[16]

But I don’t see those jobs. As an Uber/Lyft driver, I don’t take anyone to or from their fracking job. I don’t see any hiring for the fracking industry. In fact, I see zero evidence these jobs even exist.

And indeed, fracking hardly seems to be the savior of the Ohio Valley economy its advocates pretend.[17] But while politicians and oil company executives pretend, Kate Aronoff points to a history and present of job-killing.[18]

There is a new blog post entitled, “Hate, Pittsburgh Style.”

So the windshield guy looked at my windshield. And couldn’t find a leak. He says he’s 100 percent positive. Which left me in something of a quandary as what to do next.

I called the dealer back and the service writer assured me that they had covered the site over and applied some substance—I believe one of the words was ‘dielectric’—that would prevent a recurrence of the corrosion, that I should be good to go.

Whether this will prove sufficient for Uber, which requires proof of repair, remains to be seen. It would help enormously if they’d get rid of the fools they have working support who do absolutely nothing but return replies like the one in figure 1 all day: 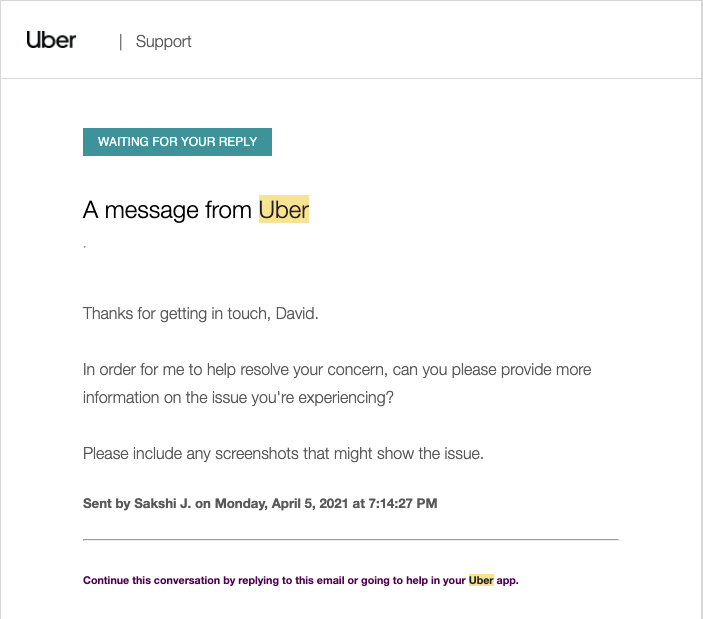 I had already explained the situation. These assholes barely look at the most recent message, if even that.