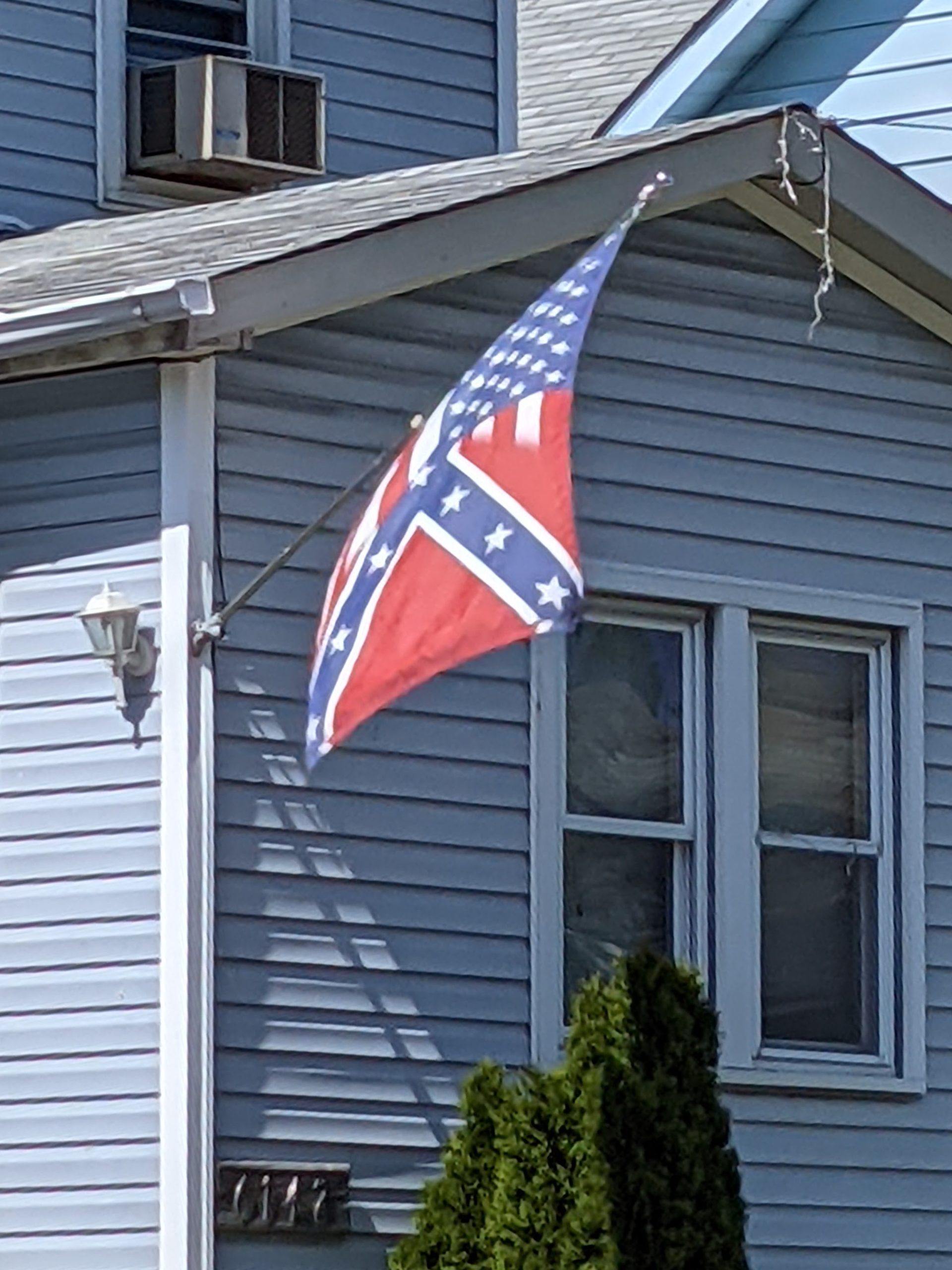 I don’t know. It’s spring, the leaves are now fully out on almost all the trees, and the weather has suddenly turned from a relatively cool spring to really rather warm.

But as I was driving home tonight, even the Hazelwood neighborhood, one of many depressed areas in and around Pittsburgh, looked better.

I think a lot of folks are investing a lot of hope in Ed Gainey. I think the man has broad shoulders, but the job before him is huge. I hope he will not repeat Barack Obama’s mistake of shying away from issues of race. Because in this town, race has a lot to do with just about everything.

Take, for instance, the flag in figure 1. This is only the second place where I’ve seen a flag like this, where the U.S. flag blends into a Confederate flag. The other place is a lot closer to home, owned, I’m told, by a young woman who works at the Home Depot whose pickup truck has a Confederate flag sticker on its back window that says, “It’s a Redneck Thang. You Wouldn’t Understand.” And indeed, I don’t.

But that people would cling to this imagery, despite the hurt it causes Blacks, can only diminish Black objections to slavery, Jim Crow, and racism in general. I am, at least, no longer seeing the full Confederate flag on display; these were ubiquitous but seem to have come down since the January 6 coup attempt. Instead, I’m increasingly seeing upside down U.S. flags, which are supposed to be a sign of distress.

And the only way the latter makes any sense is if you buy the white supremacist claims that whites are under siege, that “Blacks and browns” will join forces against whites. Which I guess is how they rationalize the hurt their Confederate imagery causes Blacks.

Admittedly, the two places where I see the flag in figure 1 are outside Pittsburgh city limits. The first, near where I presently live, is in Pleasant Hills; the one in figure 1 is in Oakdale, along Noblestown Road. But you’d have to be on some kind of weird hallucinogen to imagine these attitudes somehow magically stop at those city limits.

Governor Tom Wolf has promised that Pennsylvania’s mask restrictions will come down when seventy percent are fully vaccinated.[2] Seriously, I figured that was pie in the sky, given the hold Trumpism has on Pennsylvanians. This is starting to actually look achievable.