In a previous post, I noted of Pittsburgh mayor Bill Peduto that “while I think Peduto means well, he is a jackass in the way that jackasses who have never faced existential crises in their lives is a jackass. A catalog of Peduto’s asinine tweets would be lengthy.”[12] To say I understated it would itself be an understatement of colossal magnitude:

It is difficult to imagine a more appalling demonstration of a fallacious appeal to the "middle of the road" than #Pittsburgh Mayor @BillPeduto's false equivalence between #BlackLivesMatter and #WhiteSupremacy. https://t.co/PrgTtVVNwF

I am calling for Peduto to resign. This is completely unacceptable and there isn’t even the beginning of an excuse for it. 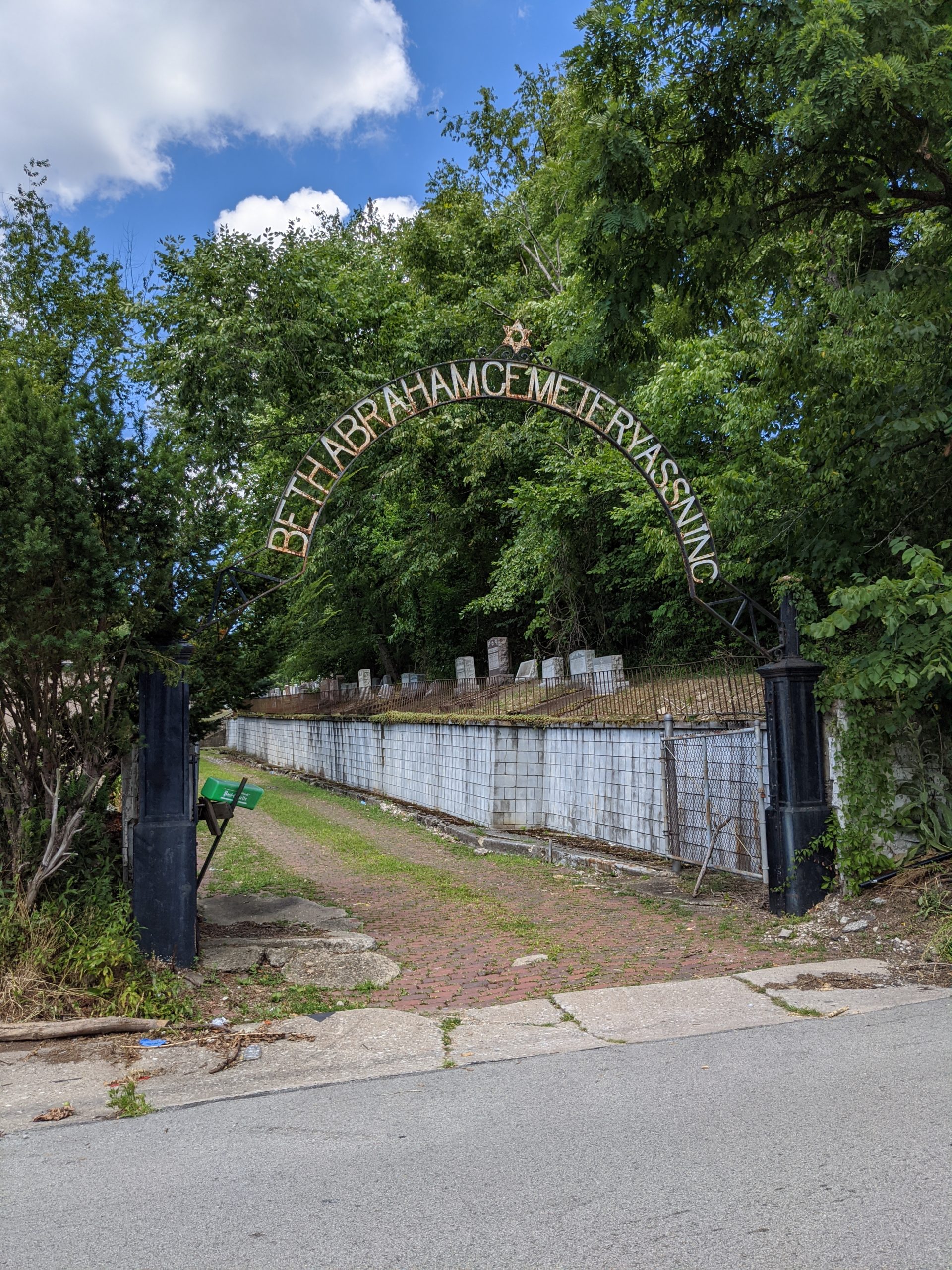 Fig. 1. An entrance to the Beth Abraham cemetery in Pittsburgh’s Carrick neighborhood. The Shaare Torah cemetery is very close by. Photograph by author, July 27, 2020.

One might think, in the wake of the Tree of Life shooting, wherein a white supremacist shot Jews in a Squirrel Hill (Pittsburgh) synagogue,[1] that maybe, just maybe, stricter guns laws might be called for, as indeed Pittsburgh has called for[2] and even attempted to pass on its own.[3] One might even think that the lobbyists who claim to oppose anti-Semitism would support such moves.

The Pennsylvania state legislature, however, moves in an entirely different direction.[4] And supposedly anti-anti-Semitic lobbyists are, as far as I can tell, entirely silent.

The overlap between so-called “gun rights”[5] advocacy and white supremacy is hard to miss in southwestern Pennsylvania.[6] Support for one inescapably means support for the other.

Which is to say that the Pennsylvania legislature is anti-Semitic. And should be called out for it accordingly.

There is a new blog post entitled, “About that promised COVID-19 vaccine: Sorry, we still aren’t getting out of this pandemic anytime soon.”

David Salisbury, “If you’re pinning your hopes on a Covid vaccine, here’s a dose of realism,” Guardian, October 21, 2020, https://www.theguardian.com/commentisfree/2020/oct/21/covid-vaccine-immunisation-protection

There is another new blog post entitled, “Pieties in defense of the status quo.”

The charges against Derek Chauvin, who had his knee on George Floyd’s neck, have been upgraded to second degree murder and charges for aiding and abetting that murder have been laid against the other officers at the scene.[1] I remain skeptical that any charges would have been brought whatsoever had the protests not been so widespread and intense.

Also, the only surprising thing about Secretary of Defense Mark Esper’s resistance to Donald Trump’s threat to send in the troops to quell protests over the murder of George Floyd is that he did so publicly.[2]

Sandy Smith, “You Can Be Supportive of the Rioters and Angry With the Looters at the Same Time,” Philadelphia, June 1, 2020, https://www.phillymag.com/news/2020/06/01/philadelphia-looters-protesters/

Mount Auburn’s press release is on a peer-reviewed, published study. Basically, they found that the effects of warmer temperatures, between 52° F and 70° F, were limited in reducing transmission of the novel coronavirus. Their data for temperatures over 70° F is limited, so we still don’t know much about what summer will do to the pandemic in much of the country.[1]

There is a new blog post entitled, “On sending in the troops.”

As a Guardian article notes, Donald Trump promised to revitalize the coal industry. Whatever efforts he made to that end, they were insufficient anyway. But the pandemic adds to workers’ woes in this region. Some will surely blame the lockdown, even as they lose the health insurance that would help to address COVID-19 related medical costs, that had already helped manage the medical costs they already bear.[1] Neither neoliberals nor environmentalists are addressing this and their failure to do so only reinforces my doubts that either neoliberals (the mainstream of the Democratic Party) or environmentalists really want be rid of Donald Trump.

If the California Public Utilities Commission wants to satisfy folks that regulatory capture is not involved in its decision to approve PG&E’s bankruptcy plan, it needs to explain exactly how it is that the judge’s ideas would hamper its flexibility in regulation.[2] That isn’t even the least bit clear.

In fact, the National Guard is being mobilized.[3] And yes, the difference matters.

“Outside agitators.” “Looters.” State propaganda is so stupid, stale and impotent. I am so proud of our young people tonight, in the streets. Thank you, heroes.

There is a new blog post entitled, “What are ‘proper directions’ for protest when peaceful protest is for naught?”

U.S. Steel’s response is that this is old news.[1]

There is a new blog post entitled, “Keeping the poor, poor, even when they serve their country.”

Jason Togyer, “In towns like McKeesport, the future was already precarious. Then came coronavirus,” Columbia Journalism Review, May 22, 2020, https://www.cjr.org/special_report/year-of-fear-mckeesport-crime-covid-19.php

Greta Anderson, “A One-Day Difference,” Inside Higher Ed, May 27, 2020, https://www.insidehighered.com/news/2020/05/27/rules-could-deprive-national-guard-members-fighting-covid-19-education-benefits

I was working in some areas I hadn’t worked in so intensively before today and found three more gratuitous guns. These are farther west, in Ambridge, New Brighton, and Beaver Falls, than others I’d seen in the Pittsburgh area. I had to do some clean-up of the relevant album and re-add all the locations as a single layer to the map because it turns out there’s a limit to how many layers you can add to one of these maps. But they’re all there now.

Today, as everything is upside down,

Let us never forget the lengths the elite will go to to preserve the status quo.https://t.co/Oxrl0lyBY2

The 50th anniversary of the Kent State shooting is Monday.[1]

Given that I will need to be moving by June 29, 2021, I’ve been contemplating the question of where. Fig. 1. A house in Clairton with five flags in a small front yard. Visible are two U.S. Army flags, one U.S. flag, and one Confederate battle flag. Hidden behind the the telephone pole is a Betsy Ross flag. Photograph by author, April 29, 2020.

Pennsylvania has, I think, conceded far too much to an authoritarian populist population that blends into a white supremacist paleoconservative population. The stance on guns where, for example, even following the Tree of Life shooting, a mass shooting in a Jewish synagogue conducted by a white supremacist,[2] Pittsburgh cannot ban weapons whose only sensible application is against large groups of people,[3] seems to me inseparable from that white supremacism. The conflation of flags at a house in Clairton (figure 1), a largely Black community, begins to represent what I’ve been feeling since coming here, that the flag-waving, cop-loving, overly patriotic and often bizarrely militaristic (figure 3) displays of gun nuttery (figure 4), especially around Black communities (figure 5), are really code for a white supremacism, including a militia movement, that has been given free rein.

If I’m going to have to move, I might as well move away from that, which to me, means out of state.

On the other hand, I’m realizing what a terrible risk I took in coming here. This last winter brought home for me how tenuous a livelihood based on driving for Uber and Lyft is. That might be even worse if I move to the state of New York, which frankly, I’m considering, on account of legalized recreational marijuana and sensible gun control.

The alternative, I think, would be to stay in Pennsylvania, even near Pittsburgh, but away from all these gratuitously displayed guns (figure 2).
[googlemaps https://www.google.com/maps/d/embed?mid=1K1CjgWPOH71L1UsUSHs00ubbu-jYnWux&w=640&h=480]
Fig. 2. Gratuitous guns. Fig. 3. A dump truck, with a camouflage paint scheme, owned by a locksmith, along Pennsylvania Route 51 in Pleasant Hills. Photograph by author, November 22, 2019. Fig. 4. A tank on display outside Anthony Arms, a gun dealer in West Mifflin, along Lebanon Church Road, directly across from the Allegheny County Airport. Photograph by author, September 26, 2019. Fig. 5. This is pointed directly at the northwest corner of Carrick High School, along Parkfield Street in Carrick, a Pittsburgh neighborhood. Photograph by author, December 31, 2019.

Had I not moved to Pittsburgh, I probably would not bother to take notice of the Marine Corps Commandant ordering the removal of Confederate symbols.[1]

But in Pittsburgh, while I wouldn’t say these flags are ubiquitous, they certainly aren’t rare. I see them in front of people’s homes, often in tandem with a U.S. flag, betraying—at minimum—an authoritarian populist imagination that the Civil War was about something other than a secession to preserve the “peculiar institution,” that is, slavery,[2] against an insistence on preserving the Union[3] and, afterwards, only afterwards, a contest to determine on what terms the Union should be preserved, a contest that continues to the present.[4] While as artifacts, the flags form one element in the evidence supporting my very strong suspicion of possible white supremacist (paleoconservative) militia activity in this area,[5] I have little doubt that those who fly these flags all support Donald Trump.[6] So yeah, I’m wondering what Trump’s reaction to this order will be.

But also, for further thought, as I retrieve and archive the articles I cite above, and refine my understanding, I am struck by how slavery was as existential for the South as guns seem to gun nuts today. Am I really looking at some kind of a substitution? And to what extent can we draw a line from Confederate soldiers’ “alcoholism, unemployment, mental illness, and suicide” after the war[7] to “deaths of despair”[8] today?

That latter conflation is ugly. But I think in broad terms. And given my longstanding question about why, really, Simon de Beauvoir is right,[9] why people so persistently demonize, discriminate against, and subjugate the other, my thoughts are turning the notion of autonomy, a term ethicists use in preference to “freedom,” and how that may be in play.

As a critical theorist, I ask of so-called “freedom” for whom, to do what, to whom? This effectively interprets “freedom” as power over others, distinguished from power-to (do something) and power-with (to accomplish in coordination with others). My question challenges the term freedom as generally used in neoliberal society, for example, often in economic terms with so-called “free trade.”

But conceptually, I pose autonomy, one’s authority over one self, opposite a condition of being subject to someone else’s authority, often political or economic. Put one way, this is about my freedom to swing my fist ending somewhere before your jaw. But the question is often more nuanced than this, for example, when a manufacturing facility upstream unintentionally but negligently pollutes water needed for drinking downstream. Where, really, does “freedom” lie here?

But when that concept of control, that so-called “freedom,” is challenged, whether in even brutal power over others[10] or even the ability to earn a living,[11] we seem to be seeing the behaviors associated with “deaths of despair.”

It may be that Blacks who have dismissed these deaths as a consequence of white privilege are not entirely wrong—my musing today seems to support that connection. But they aren’t entirely right either. Because it also cannot be right that I cannot find a real job.[12]