As you might have gathered from the other pages in this section, Pittsburgh navigation is difficult. Difficult enough, it seems, even to merit a CityLab article that sheds some light on those color coded “Belt” signs you’ll see all over the place,[1] but are really too inconsistently placed to help much with day-to-day navigation.

Thanks to its rugged topography and irregular pattern of development, the city and its environs are notoriously difficult to navigate. Downtown’s “Golden Triangle” is a mishmash of streets, as industrial developments on the banks of the Allegheny and Monongahela rivers were eventually connected with roads, albeit haphazardly. The region’s major arterials are designed in a hub-and-spoke system, with all traffic seemingly routed through downtown. Pittsburgh, as the local map designer Bob Firth once declared, is “ungriddable.”[2]

To call it a “mishmash of streets,” haphazardly connected, understates it. If you’re hoping to make any sense of it all, abandon all hope.

People do indeed occasionally say things like “Turn left where the Gulf Station used to be.”[3] But the thing you have to understand here is there are too damn many streets. Nobody could remember them all even if they were particularly useful for uniquely identifying streets.

In general, man-made and even natural geographic features are not uniquely named. Within Allegheny County, there is a Baldwin Borough and a Baldwin Township; they do not overlap, nor do they even connect. Similarly, there is an Elizabeth Township and an Elizabeth Borough.

It’d be one thing if you could say, all right, the type of municipality—village, township, borough, or city—is a significant part of the name, which it is, but even then, towns are not uniquely named. There are Buffalo Townships in Butler, Union, and Washington Counties; as near as I can determine, none of them have any relationship to each other. Robinson Township exists as separate entities in Allegheny and Washington Counties.

“Run” roads are common around Pittsburgh; the word “run” refers to a creek or stream.[4] Even these are not uniquely named: Type “Thompson Run Road” into Google Maps search and you’ll get five different possibilities—there might well be more—all referring to different streams.

I honestly just get a headache trying to remember street names. Or town names. Or the name of just about anything. But of course, being from California (the state, not the town that hosts a university by that name), “Turn left where the Gulf Station used to be”[5] just doesn’t help all that much.

The closest I’ve come to making any sense of this mess whatsoever of this to see it all as a bunch of hub-and-spoke systems, overlapping. There are places where roads come together, like downtown (try to stay away); West End; an intersection of Library Road, Glenbury Street, and Saw Mill Boulevard; and so on. These are the hubs. Traffic is horrible in all of them and there’s no good way around them.

I’ve had more than one person inform me that Pittsburgh is laid out for people who already know their way around. Which is kind of interesting—and this is something my mother also noted—since as that article points out, “lots of Pittsburgh-area natives [don’t] venture too far past [their] home[s].”[6] So try to be a bit forgiving of your fellow drivers: Even if natives, they might simply be confused.

Pittsburghers don’t much like navigation apps and only use them when they really don’t know the way to where they’re going. There are lots of reasons for this and a consequence is that Google Maps, at least, will often fail to detect gridlock: Google’s system can only detect gridlock if a lot of users have the app open and are stuck in the same place.[7]

In general, I hate turning on voice navigation with Google Maps. It says some really idiotic things and its mispronunciations are ludicrous. I have found it absolutely necessary in Pittsburgh.

Even so, many, many, many intersections here are just plain weird. In California, I had no problem driving at night. Here, I worried about it until I got to know my way around reasonably well, in significant part because roads come together so weirdly and often too close together. You simply have to learn the booby traps for inexperienced navigators and learn to find your way through them. And there are a lot of them. For example, figure 1: Most people looking at this intersection will think that straight is, well, straight, that is, onto Edgewood Avenue. Right? But let’s look at how Google has it mapped (figure 2): Google has fixed this now but when I first arrived, it had continuing on South Braddock Avenue, that is, bearing to the left (figure 1), as continuing straight (figure 82. You wouldn’t know it when you were actually driving and glancing quickly at the map on your phone screen, and Google wouldn’t tell you, but you need to bear left to continue straight. Fig. 3. The intersection of Parkfield Street and Dartmore Street, as shown in Google Maps. Screenshot, May 7, 2020.

Less satisfactory is the example in figure 3. As you come down Parkfield Street and reach the intersection with Dartmore Street, you are confronted with what appears to be a “T” intersection. Most of the time, you mean to continue down Parkfield toward Nobles Lane and Saw Mill Run Boulevard. This means a right turn. Google flatly doesn’t tell you. You simply have to be watching the map on your phone at the same time you’re listening to the directions and watching the road.

The thing about this is that Google is inconsistent about when it gives direction and when it does not. Sometimes it will tell you to stay straight when you wouldn’t think to do anything else. Sometimes it doesn’t tell you when you actually need to make a turn or bear in a particular direction.

Consider the McKeesport-Duquesne (figure 12) and the Rankin (figure 5) Bridges (overview in figure 4), both of which cross the Monongahela River and both of which have similar approaches from Pennsylvania Route 837. There’s a huge bend in the river between these two bridges (the Rankin Bridge, figure 11, is the one closer to downtown Pittsburgh and 837 North heads towards the Southside) and the Mansfield Bridge, further upstream (that is, away from downtown), which, by the way, makes a lot of navigation in this area (figure 10) confusing and counterintuitive on both sides of the river. Adding even more confusion is the Youghiogheny River, a tributary that joins the Monongahela in McKeesport. Fig. 4. Screenshot from Google Maps, taken May 19, 2020, offering an overview of the area including the Rankin Bridge (figure 5) and the McKeesport-Duquesne Bridge (figure 6). Five bridges are pictured here, all of which cross the Monongahela River from Pennsylvania State Route 837. Beginning with the corner nearest downtown, that is, to the northwest, we have the Glenwood Bridge, the Homestead Grays Bridge (the name honors a local baseball team in the now-long-gone Negro League), the Rankin Bridge, the McKeesport-Duquesne Bridge, and the Mansfield Bridge. The Youghiogheny River can be seen joining the Monongahela from McKeesport from the southeast. More faintly, Turtle Creek can be seen joining the Monongahela near North Braddock. Immediately across the Monongahela from Kennywood Park is the U.S. Steel Edgar Thomsom Works, mentioned in “Pittsburgh, race, and a threat to appropriated identity.” These bridges are both straight forward from Route 837 South. You get into the left turn lane to make a left turn and cross the bridge or stay in the right lane to continue on 837 South.

But Google only explains this, sort of, with the McKeesport-Duquesne Bridge (figure 6), where it tells you to turn left—really, you just need to stay in the left lane—to get onto to South Duquesne Boulevard. You need to do the same thing if you mean to cross the Rankin bridge (figure 5), but there it now simply says to go straight—when you really need to stay in the left lane.

These aren’t even remotely the most egregious examples. There are many more that are even less well marked and even more obviously, well, turns that Google simply won’t tell you are turns. These examples merely happen to be ones I encounter frequently.

The final problem I notice with Google Maps is in the quality of their source maps. Consider figure 7: Do you see that portion of Sarah Street that’s marked West Pine Way, between the real West Pine Way and West 15th Avenue? It isn’t West Pine Way. It’s Sarah Street, just like the rest of that street heading off in a diagonal to the west and that’s what the street sign says.

But if you are on East 15th Avenue, heading toward this intersection, on a route that will take you down Sarah Street, Google will tell you to take the “second left” onto West Pine Way. This example is unusual in that Google actually has it marked incorrectly on the map (figure 7). But there are a number of similar cases around Pittsburgh where Google simply does not have the correct street name for a short connecting street.

Then there are the cases where the street signs themselves are inconsistent. My favorite is when the appellation, such as “Way” or “Street” or “Avenue,” varies from one end of a block to the other. Pittsburgh navigation is confusing.

The hypocrisy here is rich. As noted above, even native Pittsburgh drivers are liable to confusion when they venture into unfamiliar territory. But they take the bizarre aspects of navigation closer to home for granted and expect you to have mastered them in the way that they have.

More generally, forget about any sense of orientation. Sure, look at your compass. It won’t do you any good. Roads here often bend around terrain and rivers. Very little of this is straight and to the extent that grid systems even exist, they cover small areas. And the appellations on route numbers, such as 28 North (which roughly follows the Allegheny River until it reaches U.S. 422) or 65 North (which follows the Ohio River and then, very roughly, the Beaver River to New Castle), which proceed in completely opposite directions from Interstate 279 (which itself runs both north and south from here, in yet other directions), apply to broader areas than are useful in the moment. Treat those appellations as designations that help to clarify which ramp you should be using, not as indications of which way you’re going.

Which means you need that damned navigation app if you don’t know where you’re going. And as unhappy as I am with Google Maps here, it still seems to be a lesser of evils. (Waze, also owned by Google, is probably about as reliable, but that’s a topic for another time.) 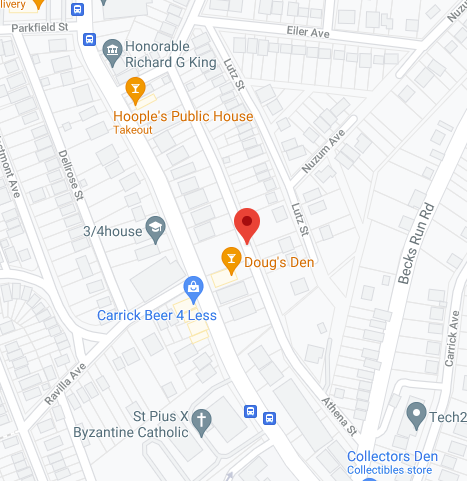 Fig. 8. Screenshot by author on July 25, 2021 from Google Maps of what it calls Athena Street but is labeled on the ground both as Athena Way and Athena Avenue.

Then, driving in Pittsburgh’s Carrick neighborhood, you might come upon an alley that Google renders as Athena Street, but is marked as Athena Way at one end and Athena Avenue at the other (figures 8 through 11).

So which is it? Is Google right? Or are the street signs, which where I come from (California) are generally considered canonically correct, right, and if so, which one(s)? I have absolutely no idea.